PETE RICEPUDDING AS A STUDENT


When Pete Ricepudding was about twenty years of age, he subscribed as a student in the French Language and Literature in the School for High Education at Genk. This school was widely known to be the best one in the country. One beautiful sunny September day, he went to Genk on his bicycle, to get an impression of the college.
The school building was a beautiful old convent. It was fine to walk through the old cloister corridors. The old chapel was an auditorium now, but when Pete closed his eyes, he heard the friars singing the old Gregorian chants. Furthermore, there were many large classrooms, where breathless students without number listened to the professors who evidently were skilful and enthousiastic teachers .


When Pete knocked on a large wooden door, on which the word 'rector' was inscribed with elegant letters, his heart was loudly thumping. A grave melodious voice said "enter", and as soon as Pete had opened the heavy door, he saw a portly man with a beard, sitting far away behind a large desk. This was the rector himself, of course, who made friendly gestures to indicate that Pete should come near him.
Pete sat down in a large easy chair that was covered with velours. "Good morning", he said bravely, "My name is Pete Ricepudding". The rector nodded kindly, and Pete went on: "I come to subscribe as a student in the French Language and Literature." The rector laughed in his sleeve, rang a little bell, and asked: " Do you want milk and sugar in your coffee?" 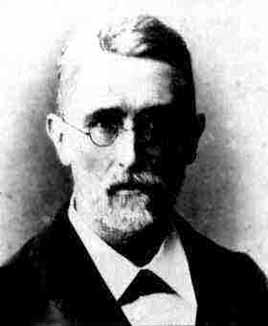 A neat miss brought coffee, milk, sugar and cookies. As soon as she had supplied Pete with the cup of coffee, she went out of the room with a sad face, weeping bitterly outside. The rector gloomely looked back at her, then turned to Pete in a friendly way, and said: "Colleges have already begun. Please come back in September."
Pete spent the rest of the day in Genk. There apparently were many Italians in the city. The 'O Sole Mio' was heard everywhere, and the 'Santa Lucia' and 'Ninna Nanna' as well. At the end of the day he wheeled gaily and calmly back to Maastricht.

In the next September Pete came back to Genk, and he was frightened to death. The beautiful old convent had disappeared. Where the convent had been, there was now a building made of steel, glass and concrete. But he was at the right adress, because on a little board it said "Genk School of High Education".
He entered, and had seen EVERYTHING within few seconds: a large hall with countless computers, and some meeting-points with a coffee machine. There were some students too, but there were more professors, with grey hair and in their shirt-sleeves. He saw the rector sitting in a little glass office, apparently to give information to visitors. And the waitresses sat at ease in the lounge in the center of the hall, drinking coffee out of little plastic cups...