PETE RICEPUDDING AS A NEWSREADER


I saw Pete Ricepudding as a newsreader on tv only once. He read in a neutral voice the following remarkable news: 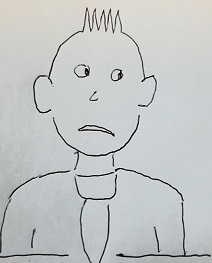 The ministers Mark Rutte and Hugo de Jonge just explained the new corona guidance and rules. Thumbs up and big smile are compulsory within ten meters from people with an increased risk to die from corona. These people should wear the prescribed red face masks.
For police officers, the eye flaps stay compulsory.
Senator Rob Jetten's proposal to cock a snook to everybody we catch without a face mask in some train or bus, can't reckon with a majority of the votes in parliament.
The idea to put our cars in quarantine in order to fight air pollution was canceled because it gave leader Jesse Klaver of Green Left too much headache.
The government of Cambodja says the WHO is reacting too slowly to the new pestilence epidemic that broke out in the country. Allegedly, already more than a thousand people died of the disease. The WHO says pestilence is under control since many years, so this new disease can't be pestilence.
This morning, the capital Pyongyang of North Corea has been destroyed by an atom bomb. President Trump said in a tweet the bomb of today is probably in return for the bomb that destroyed the capital Seoul of South Corea yesterday.
According to experts of Shell, all ice sheets on the North Pole will already have melted away before next summer. The Dutch government advises everybody to take more swimming lessons.

That's all, except for the weather report. Jan, what can we expect tomorrow?