Everybody understands that the international airport of Mexico-city must be very large, but the airport of Amsterdam is larger. If you have little traveling experience and must change planes in Mexico-city, the problem is you can't easily find the little airtrain that takes you from the terminal for international flights to the terminal for national flights and vice versa. People may miss their connection if the airtrain they jumped into after a long search for the right platform arrives just a minute late at the other terminal.
Furthermore, it's important to strike the right note when asking an airport employee the way, because Dutch people often don't see they can only catch the connection if they are very polite. In certain circumstances, you even have to give a 'propina', a tip. 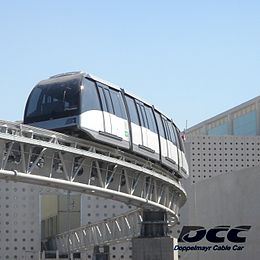 Pete Ricepudding went to Monterrey to meet the family of his daughter-in-law. His son had already told him about the bandits who were making Monterrey unsafe, and about the problems he might bump into during his air travel. The flight from Amsterdam to Mexico-city was going to last about eleven hours. Then Pete had to change planes. Since Pete was nearly deaf, and it was only his third air travel, the lady of the travel agency had arranged assistance with getting into the other plane in good time.
In Mexico-city there were wheelchairs standing next the plane, and a nice stewardess invited Pete to take place in a wheelchair. But Pete felt this was a disparagement to his honour! He was deaf, but able to walk. So he declined the offer and began to seek the plane that was going to take him to Monterrey. This flight was already being announced on the monitors.
But he had forgotten he had to pass the customs. Now that he had declined the wheelchair, he had to join one of the long shuffling queues and wait for his turn. He saw the customs officer who had to examine him chatting in the distance and drinking coffee and preparing for his siesta.
After the customs, there was only half an hour left before Pete's airplane was going to shut its doors. Where was that damned airtrain? The first airport employee to whom he asked the way, sent him to the wrong place. The second looked queer and puzzled. Only the third pointed to a little passage between two shops. Pete finally arrived at the gate of his airplane, which was already closing its doors. When he entered with the boarding pass in his hand, he saw two others running on, who had been in the same plane from Amsterdam to Mexico-city.

On the way back, two weeks later on, Pete accepted the wheelchair that was offered to him. A friendly steward pushed him past the common people who were shuffling on in long qeueus. He also pushed him into an elevator, and stayed lingering therein just a bit too long. After a long ride, Pete was parked next some ticket window, while the steward said to his colleagues he had received 'nada', nothing. Now Pete understood they expected a tip from him, but he pretended he was deep in thought.
Pete also understood they couldn't leave him here next the ticket-window, so he kept quietly waiting for the things that would come. After half an hour, another steward turned up and shook hands with him. This man showed him some nice photos of his own family, and at last he politely asked a 'propina', a tip for his work. Therefore Pete gave him fifty Mexican pesos, about three euros, enough to buy a nice dinner there. So the steward pushed him quickly through the customs and to the airplane.