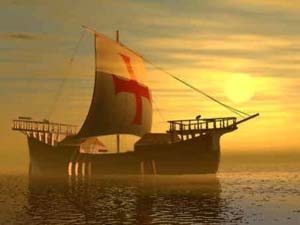 Merkelbeek, at the feast of the Resurrection of our Lord, 1946.

I conscienciously translated the text of the book, except for the following:
I left out all notes, because they mostly refer to writers we don't know any more. If necessary, I incorporated the text of the foot note into the main text.
I retouched the writer's remarks about Maurice Blondel, which aren't important for the main lines of reasoning.
I changed Thomas' third proof of God's existence, so as to bring it into line with a demonstration to modern people, as I think Saint Thomas himself would have given nowadays.
I emphasized Anselm's proof is false.
{{I put between brackets all text parts which the book has printed in small letters.}}

I think the second part of the book of Brocardus Meijer is oldfashioned.
For example, the Church isn't that great nowadays.
Pope Francis is struggling in his attempts to represent Jesus.
He says terrorism and the fight against it is a war between interests. But which interest does an ISIS terrorist represent?
Furthermore, by shouting "Shame!" on the isle of Lampedusa, the pope has encouraged numerous alleged refugees, who look too strong to be refugees, to embark risky little boats and cross the Mediterranean Sea. Even if they survive, most of them can't find work in Europe, and the criminal smugglers of people run away with their money.
Roman rituals are no longer suited to bear significant content. People may be addicted to these rituals after daily repetition from childhood throughout life. Then these rituals are suited to suppress natural inclinations and replace them with obstinacy. For instance, conservative Catholics may obstinately hold that God created only man and woman, whereas the internet makes clear He also created shemales.
I think, the oldfashioned way of imposing on people obedience to some authority will only make this authority ridiculous, because nowadays we easily find contrary information and propaganda on the internet. So all contemporary and former leaders of Islam and Christianity may be ridiculed, and rightly so, because nobody has a special lease of wisdom. Hopefully, internet will give access to all opinions and all criticism, and in the end the most sensible opinions will get the upper hand.

Recently I realized the first part of the book of Brocardus Meijer is oldfashioned as well. It's suggesting that after your death your soul flies to the gates of heaven where Saint Peter will either let you pass and take place in a great amphitheatre to contemplate God, or send you elsewhere.
However, the modern picture is: when you die, the path of your life in space-time reaches its end point. Now God sees the whole space-time at once, including the path of your life. On the other hand, your life path stays there forever, and this means you will in a sense live forever.
In your clearest moments, you will see yourself almost as clearly as God sees you. God will eventually correct somehow whatever went wrong. The more you trust in God, while complying with your responsibilities on the earth, the more you're already seeing Him as He is.