The American philosopher and brain expert Daniel Dennett, wellknown from newspaper and television, apparently considers man as a sort of robot: he thinks that, in principle, artificial intelligence with selfconsciousness on the level of the human mind can be realized in computer systems.
This is an attempt on human dignity. We have to rehabilitate thomistic philosophy to preserve the visibility of the essence of human nature. You can find an ample description of this philosophy in the book "Katholieke Geloofsverdediging" ("Catholic Apologetics") by father Brocardus Meijer O Carm (1946). Here follows a very brief adaptation, based on this book and a few other books.


Does an ideal circle exist, or only objects that are nearly circular?
The Greek philosophers of the classic antiquity already reflected on the existence of abstract notions:
Plato considered the abstract notions as independent entities, the ideas , and the concrete things as dim reflections of these ideas (thus a wheel is a dim reflection of the idea 'circle'). According to Plato, we know these ideas beforehand (a priori), as a kind of reminiscence. The concrete things 'don't really exist', but only as a faint shadow or copy. So, if there would not have been ideas first, concrete things would not exist.
Aristotle judged that abstract notions have no independent existence, but exist only in the things. The concrete things 'do really exist'. If there would not have been concrete things first, ideas would not exist. We come in the world as a blank paper (tabula rasa), and there is nothing in our minds except when it was first in our senses.
In the thirteenth century there was a dispute on these issues between the followers of Aristotle and those of Plato, the so-called 'dispute of universalia'. We can take together the platonic standpoint with 'universalia ante res' (the ideas exist before the things), and the aristotelic standpoint with 'universalia in rebus' (the abstract notions exist only in the things).
Thomas Aquinas made a great synthesis that contained all domains of thinking and made him the prince of all philosophers (the other philosophers usually exaggerate by distrusting either the senses or the intellect). Thomas took from Aristotle his objective conception of nature, and from Saint Augustine of Hippo (who built on Plato) an ideal conception of the supernatural things.
Thomas teaches that the concrete things are created by God according to his 'godly ideas', and that they really exist since then. The simple abstract notions have no independent existence in nature, but they are the most knowable among all things because of their simplicity. We don't know in advance, for example, what an ideal circle is, but we form the notion 'circle' by abstraction. So in God the universalia are before the things, in nature they are in the things, and in our minds they are after the things.

To prove that God exists, Thomas begins with the so-called 'principle of contingency': each thing (plant, animal, man) that can be objectively experienced has something accidental, something that could have been different as well. It has properties that come to them in an accidental way ('accide' to them). For instance: a football (for soccer) has an imperfect and, thus, rather accidental ball-form, a leather circumference, and air inside. The ball-form belongs to its essence, but is only present in an imperfect shape. An ideal ball does not really exist in nature.
In the same way, we see that on earth the ideal goodness does not exist. Which creature is good by essence, is goodness itself? The creatures have their properties by participation. A rose, for example, is sometimes in full bloom, but not always. It participates in beauty, but is not beauty itself. Beauty is only one component of the rose.
The cause of the thing (plant, animal, man) lies outside itself. That is the 'principle of causality' : whatever we find in anything, if it does not coincide with its essence it must be caused. The inflorescence of the rose, with rather accidental phases of opening, bloom and decay, must have a cause. But this cause has a cause itself, and an infinite chain of caused causes doesn't have its existence from itself, either, but is a caused chain of causes.
Furthermore, he shows that in nature every thing (plant, animal, man) has a disposition (potentia) to some completion (actus). The rose that opens itself has a disposition to bloom. Matter 'strives' after its ideal form. This is related to the so-called 'finality principle'. Everything that does something, does so for some goal. The completion of this goal is limited or slowed down by the finiteness and materiality of matter.
Everything in nature finally refers to a first cause and a last end, a non-contingent Being in which all properties are present and perfect and coincide with its Essence. This is God, the Ipsum Esse Subsistens (the Being that exists from Itself).
The things, plants, animals and men all reflect, in a limited way, something from Gods Essence. But God does not coincide with the universe, because the universe is composed out of parts and therefore has a contingent existence. He is beyond nature and, at the same time, the deepest and everlasting cause of it (transcendence and immanence of God). He creates the universe according to his godly ideas, and can omit this creation as well.

Human mind can imagine and assimilate 'everything', that is: become equal to it in some sense. By abstraction and deduction, he can ascertain some characteristics of God. Thus, for example, the negative attributes of God: His singularity and spirituality, his unchangeableness and untemporariness, his immeasurability and infinity. Some positive attributes: He is allmighty and all-knowing, the highest life and the highest good.
So human mind can know, by reasoning from nature, the universal ideas and some characteristics of God. Therefore, he is essentially spiritual, although he needs the senses and the nerves and the brain during the time that he is tied to the body. He is also inclined to the eternal (he wants eternal life). According to Saint Thomas, man has a natural longing for God. And God is such that He wants to fulfil this longing (otherwise He would not have laid this longing in man). From these three facts we deduce that the human mind is immortal. He strives after one final end: the eternal contemplation of God.
Here follow some more remarks about the human soul according to thomistic philosophy: The soul is the form of the body, so it is what the body wants to be ('materia appetit formam': matter strives after its ideal form). I have an ideal form which I must approach. I cannot reach this perfection by myself, but I can reach it (in heaven) with the help of God's grace. We are free to co-operate with this grace, or to resist against it. The latter choice is often easier, because the transient partial good is attractive too, and lies more directly within our reach. But God respects our freedom. He wants us to give Him our love and our confidence. This has much to do with our turning ourselves to our fellow men and creatures, as Jesus showed to us.

Thomas has had a deep influence on western (and especially Catholic) thinking. One of the most important conclusions of thomism is that God is a Spirit, with an infinite intellect, and not a blind power. The poems of the famous Flemish poet Guido Gezelle illustrate this fact. Here follows a characteristic poem (in a rather free translation of mine, which can only be poor): 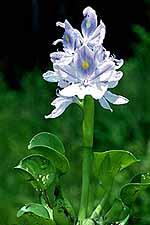 O wild and genuine pomp and pride
of flowers by the waterside!

I love to see you dressed so well,
as pleases God, in waterspell.

You, born so innocent and free,
as God chose once to let you be.

So there you are, and in the sun,
all that you do is bloom and stun.

All essence, what behold my eyes,
all truth, and never play with dice.

And Who makes happy me through you,
is singular and one, like you.

All silence, there's no wind at all,
no leaves will ever noise or fall.

No ruffle in the waterface,
where all sweet flowers stand and gaze.

No wind, no word, and all around
no more than shadow can be found.

And deep under the waterface
you see the sky down at the base.

A piercing ray too you can see,
a thread of sun, spun long and free.

How noble, beautiful and fine,
can be a single flowerline.

They came at once and without care,
as God created them so fair.

By Him, not by the hands of man,
a humble seed its life began.

By Him, right now, begins its life.
And just this comfort makes me strive

after the good, and makes me pray
and be myself every day.

I guess and see in every end
the cause that God to us did send.

The Cause of all things great and small,
o God, I cannot say it all.