In March 2020, I traveled through the Limburg hills regio in an almost empty bus. There were red-white ribbons around the driver, meant to protect him against passengers that might have been infected with the corona virus. There was only one other passenger, an old woman from abroad, huddled at the rear end of the bus with a shawl before her mouth. What was she so afraid of? Experts estimate the probability that a person, once infected with the virus, will die from it, is less than one percent. If this person is at least eighty years old, the probability is still less than ten percent. Obese people run a little more risk. But most infections proceed mildly and aren't even recorded.
The virus can make you very ill, though. This noticed a Dutch man who had done winter sports in Austria and then carnival in his home town. He got fever and a dry cough and was very tired. The doctors placed him and his contacts in quarantine to prevent it would become as bad there as in Bergamo in Italy. From then on, the media communicated about the corona virus only. People panicked and began hoarding crackers and toilet paper.
So, is corona worse than an ordinary season's flu that kills a lot of old people every year? And don't much more people die from other causes, like cancer and heart diseases and trafic accidents? Because we all die sooner or later. Only a healthy life style can keep us alive a bit longer.
A professor of philosophy said on television the corona pandemic would not even have been noticed a hundred years ago, and is peanuts compared to the Spanish flu that then ravaged the world and killed especially young and strong people. And president Trump said the medicine should not be worse than the disease, referring to the unemployment and poverty caused by the lockdown that authorities imposed in California and other states. 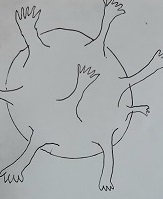 In the first few months of the pandemic, I thought our prime minister Rutte tackled the corona pandemic rather well. The virologists he cooperated with intended to let the virus circulate among young people in a controlled way to build herd immunity. That's why some shops and schools stayed open. The restricted lockdown would restrain the exponential growth of the number of corona patients. This would flatten the curve of the number of new patients in the hospitals and guarantee the nursing.
When in May and June we slowly left the 'intelligente lockdown' behind us and entered the 'social distancing society', I gratefully looked back at the liberties we had enjoyed. Pubs and restaurants were closed, but I could walk the dog everywhere and travel in all buses. Face masks were not compulsory, and even advised against. The authorities were confident we would keep at some distance from each other and wash our hands often. In other countries the police had to maintain a much stricter lockdown.
However, people in nursery homes had to stay in strict quarantine. I thought these measures were too strict. The patients were isolated too much and became lonely.
After the summer, the virus was still present. It turned out that people who had only mild corona complaints, didn't build much immunity either. Meanwhile the virus kept mutating. However, we hoped a second wave would bring less problems, because we would be better prepared.
Alas, we had to wear face masks in the buses now, and there were prescribed paths in the shops. We even had to observe social distancing out on the streets. But research showed infection happens mainly where groups of people come together in rooms with bad ventilation, not by direct physical contact but by socalled aerosols that keep floating in the air. We could replace the disastrous social distancing with a relatively simple ventilation measure. 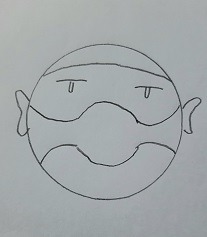 Ever more people think the measures aren't proportionate at all. Some suspect there's a deep state that wants to control us from a laboratory. Others don't accept a lockdown anymore. Many don't want a vaccine, because they rather trust their own immune system. They also find the face mask and the nose test a violation of their physical integrity.
Rutte says everybody is free to accept the vaccination or not. Perhaps he means the unvaccinated don't end up in a concentration camp immediately. But those who don't have enough vaccinations in their passports, will find on their way overzealous followers of Rutte who treat them as if they were plague patients.
Corona has become a religion, and it seems we all have to believe in it. Like the people of North Korea now or the Germans in World War Two, we have to follow the Leaders with little flags. I myself believe alternative medicine is better, and I hope this opinion will eventually be respected. Because we celebrate our freedom every year on the fifth of May. If this freedom is bargained away, the guilty have to stand trial.

"Never let a good crisis go to waste", Churchill once said. We have a unique opportunity now to tackle air pollution. Working at home may be facilitated permanently. Then everyone can leave his car in the garage.
But what should we do if in the future a really dangerous virus emerges, because we don't stay far enough from wild nature? Most important is we can manage a sudden outbreak. Patients must be received and cared for outside the hospitals. We should form an army of reservists to help the new patients. Is civilian conscription an option? Then we need not isolate the sick and the weak too much, but can look them up instead. Because we need not fear anything except fear itself.